Journal Hafteh (4479777 Canada Inc) was established in 2008 by Chacavac Cultural Centre, a Montreal based not-for-profit organization

HAFTEH’s mission is 1) to promote the concept of "community" in the Canadian society for all Iranians, Afghan, and Tajiks. 2) to help to integrate its audience into the life and culture of the new home. Weekly Hafteh through its physical publication as well as its website is committed to serving as a platform for providing the necessary information to encourage and create positive role models for its target group

The goal of HafetH Magazine is to be the “Go-To Reference” website in Persian, English and French, for the Iranian / Afghan and Tajik communities and a reference for Canadians who want to know more about the mentioned Canadian ethnics

Khosro Shemiranie, an awarded journalist, the editor-in-chief and co-founder of HafteH, started his professional career in 2001 as a freelance journalist in Canada at the “Shahrvand” weekly and has specialized in analytical articles on the socio-political issues of Iran and violations of human rights. Since 2004 he resides in Montreal and dedicates himself to community 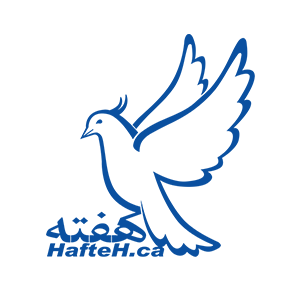